ERIC’s core mission in its legal advocacy is to protect and uphold the principles of federal ERISA preemption.

The Employee Retirement Income Security Act (ERISA), enacted in 1974,  allows multistate employers to design valuable health and retirement benefit plans tailored to their workforce and administer those plans uniformly – regardless of where employees live or work. It does so by preempting any state or local law that “relates to” an employee benefit plan subject to ERISA. 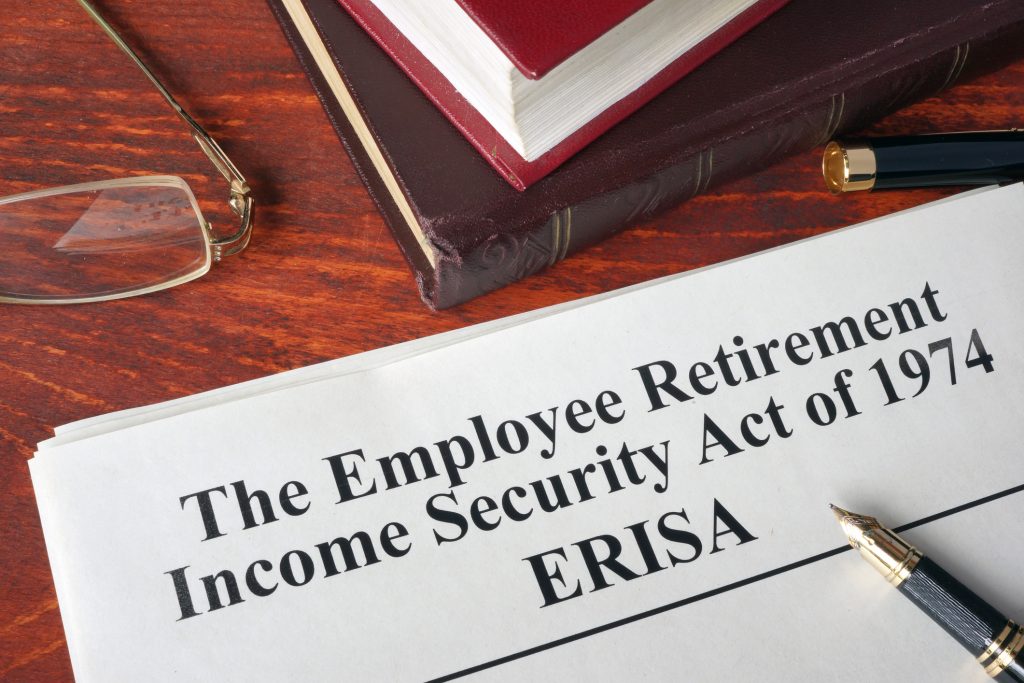 In enacting ERISA, Congress recognized that multistate employers cannot provide quality, affordable benefits to working families if they must comply with a patchwork of recordkeeping, reporting, or other state and local mandates on ERISA plans in addition to federal rules. ERISA’s preemption rule expressly prohibits states and localities from forcing employers to create or amend an employee benefit plan or from enacting statutes or ordinances controlling the administration of an employee benefit plan established under ERISA. Federal courts, including the United States Supreme Court, have consistently upheld these prohibitions for nearly 50 years since ERISA’s enactment.

Despite this clear and vital national policy, there is a growing wave of state and local laws that attempt to impose reporting, recordkeeping, or other mandates on employers and their benefit plans. In ERIC’s view, these mandates violate ERISA’s preemption provision, and ERIC has challenged them in federal court.

Eroding ERISA preemption will adversely impact labor markets, disadvantage employees based on where they live or work, cause employers to cut back on benefit coverage, and raise the cost of health insurance and retirement plans – ultimately pricing some employees and their families out of coverage and undermining financial and health well-being.

ERIC is committed to defending this vital area of federal law and the ability of large, multistate employers to provide uniform critical benefits to their nationwide workforces.

The following are key examples of ERIC’s recent efforts in this space, where ERIC is proving to be an essential litigant in both employee benefits law and ERISA preemption. 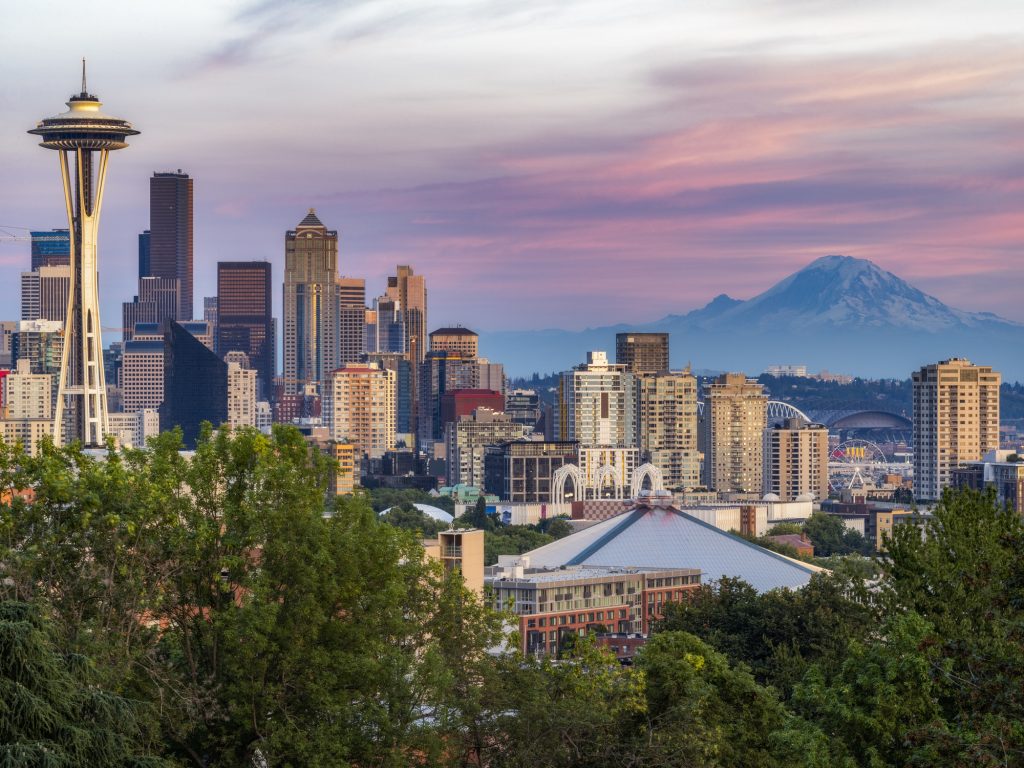 In January 2020, ERIC filed a lawsuit in the U.S. District Court for the Western District of Washington challenging a Seattle ordinance requiring large hotel owners and ancillary hotel businesses to provide either City-mandated levels of health benefits or a cash equivalent through federally regulated employer health plans. Because this requirement has an impermissible connection to existing ERISA plans, ERIC argued that the ordinance violates federal ERISA preemption and should be invalidated. We received an adverse ruling at the district court level; the court followed the precedent established by Golden Gate Restaurant Association v. San Francisco, an earlier decision by the

While the court denied ERIC’s petition for en banc review, 14 national advocacy organizations joined the fight via three separate amicus briefs supporting our legal arguments and further demonstrated the pressing need for nationwide conflicts in this area of law to be resolved. These business groups and employers across the country noted the nationwide implication of ERIC’s Seattle case, as ten influential jurisdictions telegraphed that they also want to impose health care mandates like Seattle’s. The jurisdictions, including the cities of Austin, Chicago, Los Angeles, and St. Paul, filed an amicus brief in support of the City of Seattle in ERIC’s case.

ERIC believes that ERISA preempts the Seattle health ordinance and that the Ninth Circuit decision in Golden Gate stands in stark contrast to federal appellate court decisions in the First and Fourth Circuits. The split in the courts has had negative consequences for employers and has, over time, become even more acute as states and localities have begun pursuing aggressive measures to substitute for the Affordable Care Act.

To resolve the circuit split on this critical issue of federal law and stop the overreaching by state and local governments, ERIC has filed a petition for certiorari with the U.S. Supreme Court, requesting that it review our legal challenge. The outcome of this litigation will have an enormous impact on the administration of health care benefits across the country. It is not just about problematic laws in Seattle or two California cities; ERIC is fighting to protect the future of all employer-sponsored benefits.

Now more than ever, it is vital to ensure that employers can continue to offer the best benefits to their individual workforces no matter where they live or work. That’s why ERIC is challenging Seattle’s costly and troubling hotel health care ordinance and working to reverse the even farther-reaching and more problematic legal precedent established by Golden Gate. A Supreme Court ruling in ERIC’s favor would secure a crucial victory in ending these play-or-pay mandates now before numerous additional states and localities take steps to pass similar laws. 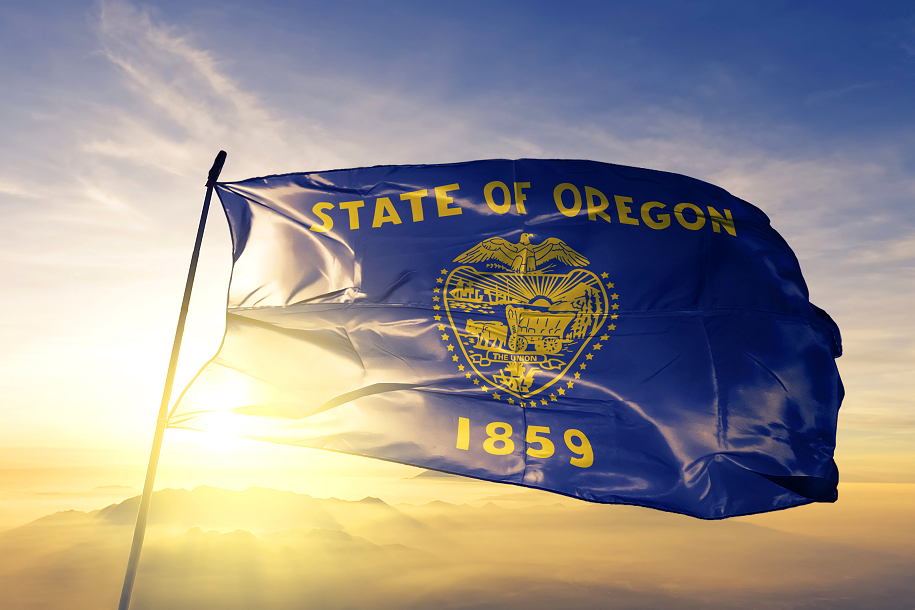 Our litigation led to a settlement agreement with the state program that grants all ERIC member companies an automatic exemption from these state reporting requirements. ERIC has since established similar exemption agreements with state programs in Illinois and California.

ERIC filed suit in the U.S. District Court for the District of New Jersey in July 2021, challenging the state’s amended WARN Act which includes severance pay mandates that, in ERIC’s view, violate ERISA. ERIC is seeking injunctive relief due to the drastic impact the new severance requirements would have on the administration of employee benefit plans within the state.

The law previously required employers to provide advance warning of a mass-layoff or closure affecting a single facility, not by aggregating all the employer’s facilities in the state. The law had defined mass layoff as 500 workers and required employers to make severance payments to affected workers when the proper notice was not given. As amended, the law aggregates all employer locations throughout the state, lowers the threshold for what qualifies as a “mass layoff” to 50, and, crucially, requires the payment of severance benefits at state-mandated levels to affected workers regardless of whether the proper warning was given.

ERIC’s lawsuit argues that the series of expanded requirements collectively force employers to implement an ongoing administrative scheme in order to comply, which is the equivalent of requiring the establishment or amendment of a severance benefit plan under ERISA, and that this state mandate violates ERISA’s preemption provision.

Due to the COVID-19 pandemic, New Jersey lawmakers delayed the effective date of the amended law until 90 days after the Governor’s public health emergency ended. When the Governor later lifted the public health emergency, ERIC’s legal team negotiated a clarification that a general state of emergency still existed and the 90-day countdown had not yet started. As a result, the effective date of the amended New Jersey WARN Act remains to be determined.

ERIC is currently awaiting a ruling from the District Court on our motion for summary judgment. We are confident in the ERISA preemption arguments laid out by our brief. ERIC will continue to fight problematic policies that violate federal law and burden our member companies’ uniform nationwide administration of benefit plans.

In addition to ERIC’s efforts to protect ERISA preemption through direct litigation, ERIC often files amicus briefs on behalf of our large employer member companies when litigation could impact their ability to provide the best benefits to their unique workforces.

To learn more about our activities in the courts, click here. 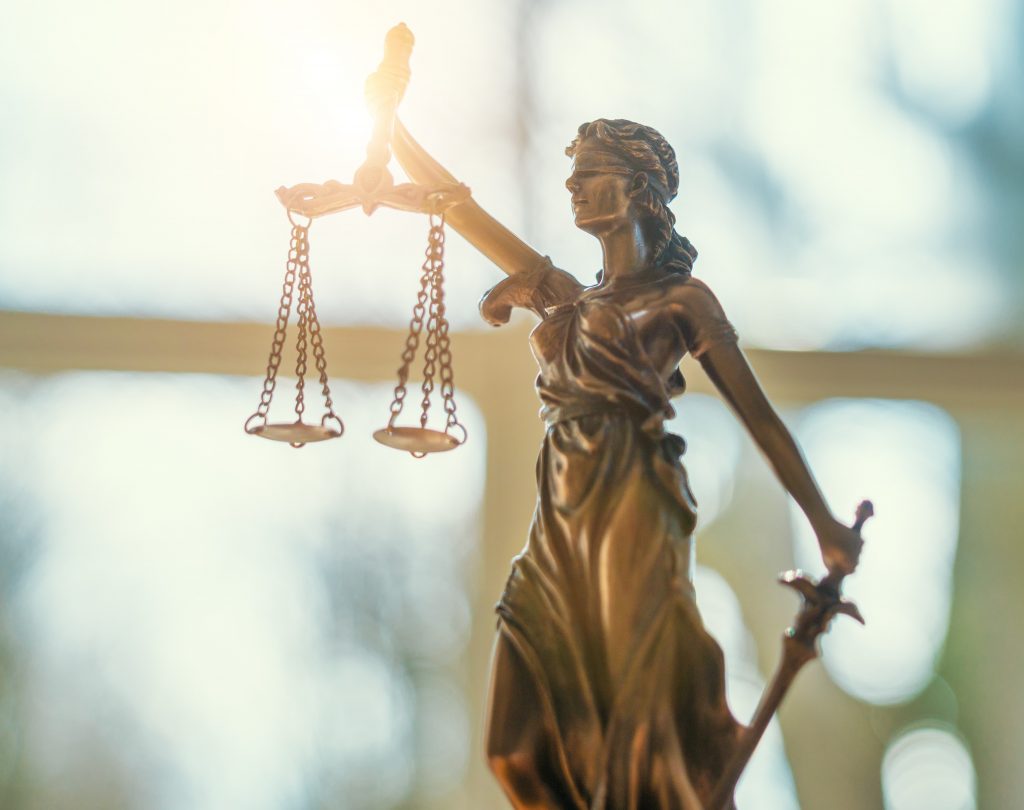